Let's Bring Back 'Quidnunc' and Make Our Curiosity Sound Inquisitive

Your know-it-all neighborhood quidnunc is the most likely person to know what a quidnunc actually is, but you don't need to go knocking on their door to figure out its definition. Quidnunc is a funny-sounding archaic word that should be right at home in the 21st century. So what does quidnunc mean — and how should you feel when someone labels you as one? 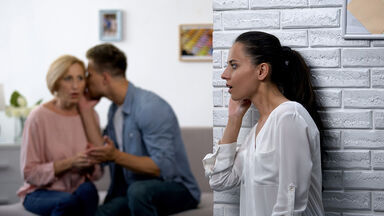 Is there someone in your life who always knows the best gossip or who's really worried about gossip getting past them? Quidnunc is a noun that comes from the Latin words quid ("what") and nunc ("now"). When you put them together, you get the question "What now?" or "What's the news?" Imagine someone hammering you with those questions until you finally tell them what's up. That's a quidnunc.

How to Be a 21st Century Quidnunc

Quidnunc sounds like the way you'd describe proper Victorian ladies in high-neck collars as they sip tea and whisper about the scandals of the day. But today, quidnuncs are more interested in spilling the tea about movie stars and YouTubers — and they tend to do it online in their sweatpants, not lacy dresses.

You may be a 21st-century quidnunc if you:

Are you guilty of at least one of these “quidnunc-ish” behaviors? If so, don't be too hard on yourself. It's natural to feel curious about the lives of others — but maybe you can work on some healthy boundaries going forward.

Truth be told, quidnunc was never a popular word to use in conversation. It’s more of a literary term, appearing in works such as Nathanial Hawthorne’s The House of the Seven Gables (“What a treasure-trove to these venerable quidnuncs, could they have guessed the secret which Hepzibah and Clifford were carrying along with them!”) and as the title of an epic poem by Steven Woods. But it’s too good a word to remain in the library, so here are some ways we can bring it back:

Other Words for Quidnunc (None of Them Are Nice)

If you're thinking "hey, that sounds just like _____," quidnunc may join the names you already have for that very special, very nosy person in your life. Some of those names may include:

Now you can accurately tell that quidnunc in your life to MYOB! Just don’t create too much drama when you do it — you know how those quidnuncs love their drama.

For the Love of Old, Weird Words

If you’ve always felt that you’d be more at home in a Jane Austen novel than a modern-day TikTok, there’s hope: You can bring many amazing out-of-practice words back to today’s lexicon! For more ways to speak like a true wordsmith, check out: