May We Introduce You to the Phobias You Didn't Know You Already Had?

Those with arachnophobia know that a spider will send them up the walls; people who have claustrophobia will do anything to stay out of confined spaces. But what about those everyday phobias that worry you more than an average annoyance? 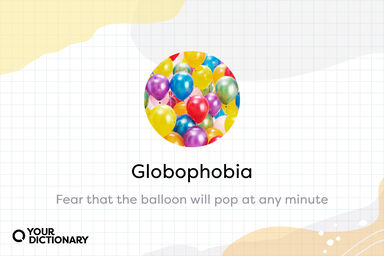 We’ve all been there: You’re out to lunch with your friends and the server brings the check. A nervous smile bounces around the table. Are you splitting it evenly? Is everyone paying their share? And most importantly, who is going to calculate it? The first one to announce “I’m bad at math” may be declaring that they have a touch of arithmophobia, which is the fear of numbers.

Having a fear of clowns may sound unusual, but think about it for a moment. Would Stephen King’s It really be that scary if clowns didn’t actually frighten people? For those with coulrophobia, Pennywise and Ronald McDonald may as well be cut from the same cloth.

Cyberphobia: No Need to Reboot

Older people get a bum rap for having a fear of computers and technology. But cyberphobia, also known as technophobia, can affect people of all ages — and in an increasingly online world, it can be quite debilitating in its extreme state. For those of us with a more mild form of cyberphobia, a phone call with a real person is always preferable to an electronic substitute.

Some phobias are self-perpetuating, meaning that the fear itself makes the issue worse. Such is the case with erythrophobia, which is the fear of blushing in public. Being embarrassed about blushing is likely to inspire — you guessed it — even more blushing. If you cover your face when you feel nervous or excited, you might be experiencing erythrophobia.

Forget the birthday clowns — for those with globophobia, it’s the party balloons that raise their blood pressure. They fear that the balloon will pop at any minute, so they avoid touching or being near balloons when possible. Globophobia is often regarded as a form of phonophobia (a fear of loud noises) due to the dread of the impending noise when it pops.

Glossophobia: (Don’t Make Me) Speak Into the Mic

If someone has ever advised you to “just picture them all naked” before a public speaking event, you and your sweaty brow may be experiencing glossophobia. The fear of speaking in public is so common that there are plenty of time-honored tips and tricks that people try to pass on (including said naked mental pictures). In fact, so many people face this phobia that it’s often regarded as scarier than death itself.

When someone cuts their finger in the kitchen, there are two types of people: the ones who rush to help, and the ones who scatter. It’s not that the scatterers don’t want to be helpful — they just know that they have hemophobia, the fear of blood, and know that they may faint at seeing a bloody injury. Now there will be two people to take care of.

Myrmecophobia: Get the Bug Spray

No one loves seeing ants in their kitchen. But for those with extreme myrmecophobia, the fear of ants not only ruins their breakfast — it could send them into a panic that ruins their entire day. If the sight of one ant makes your heart race, invest in ant traps or bug spray to keep those little guys from taking over your space.

One of the newer phobias is also one of the most prevalent in the 21st century. Nomophobia stands for “NO MObile PHOne phoBIA” and describes that gut-drop feeling when you realize you left your phone at home (or, worse, have no idea where you left it). Those with nomophobia are prone to using apps and devices to keep track of their phones, even when their devices have just slipped between the couch cushions for a second.

If black cats and broken mirrors make you nervous, you’re probably not a fan of the (supposedly unlucky) number 13, either. Triskaidekaphobia sounds very specific, but it’s more common than you think — in fact, it’s common practice for buildings to skip the 13th floor and go right from 12 to 14. Technically, floor 14 is floor 13, but people don’t have as much of a problem with the number 14.

More Greek Words For Your Everyday Use

The Greeks didn’t give us these everyday phobias, but they did give us the word phobia — along with many others. More English words with Greek origins include: