What is public policy? Public policy refers to laws and other actions of a government, including its funding priorities. It encompasses the regulations that reflect given positions, attitudes, cultural ideals, and/or accepted rules specific to any branch of a particular government. 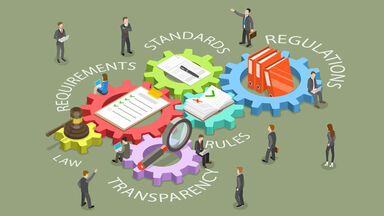 Public policy impacts what the government does and how governmental decisions are made. It determines the actions that a government chooses to implement or emphasize, as well as those that it decides not to act on. The public policy definition is broad, encompassing not only laws and regulations, but also how resources are allocated and what is prioritized. Elected officials and governmental entities simultaneously shape and implement public policy.

Laws and regulations that allow a government to clearly define the boundaries of what is allowed versus what is not allowed represent regulatory public policy. This type of public policy places restrictions on what individuals or organizations can do for the purpose of protecting overall economic and social welfare.

Public policy focused on using government funds to pay for public goods or services is distributive in nature. Distributive public policy may directly impact only a certain group of individuals or organizations but generally provide for the common good.

Build Your Knowledge of Government