What Are the 4 Main Types of Friction?

Friction is fun! Or at least, it’s physics. Friction is the resistance between two objects when they rub together. Discover the four different types of friction through examples. 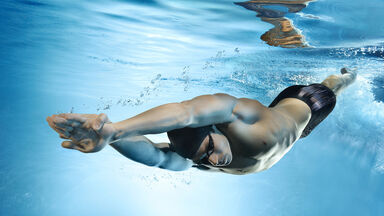 When it comes to forces, friction is one of the first that comes to mind. For example, if you roll a ball down a hill, eventually it will quit moving. Why? Because of friction. The force of the ball rubbing against the ground stops it from moving. If friction wasn’t a factor, the ball would never stop rolling. It would slow down, but it would keep moving minutely forward.

Additionally, different surfaces have different amounts of friction. See this in action by pushing a toy car on a wood floor and then on a carpet. It’s much harder to push on the carpet, and friction is responsible.

Since you have an idea of what friction is, explore the different types of friction. Get examples of each to increase your understanding.

When you hear fluid friction, friction in water might come to mind. However, fluid friction isn’t just water or what you might consider “fluid” like coffee or tea. Fluid means something without a clear shape such as gas and liquid. For example, gases and honey are also subject to fluid friction.

Now that fluid is all cleared up, it’s time to look at fluid friction. In simple terms, fluid friction is the resistance occurring when something tries to move on or through the gas or liquid. It has two types, external and internal friction.

Explore a few examples to see fluid friction in action.

To define it, rolling friction is resistance happening between moving surfaces when one rolls. This concept has several examples.

You’ve encountered sliding friction without even knowing what it was. Sliding friction is the resistance created when two solid surfaces slide over one another. For example, writing your name on paper or pushing a chair across the floor are both types of sliding friction.

Several factors can affect sliding friction including the flatness and roughness of the surface, size of the object, and speed. Need a clearer picture of sliding friction? Try these examples on for size.

Ever noticed how it’s a lot easier to push something already moving than to push an object at rest? It isn’t just you. The first push is the hardest for everyone. The reason is static friction. This type exists between a surface and object at rest. Static friction causes these two surfaces to stick together slightly, making that first push harder.

Examples of static friction are aplenty.

Friction is everywhere, from that book resting your desk to your skateboard rolling down the street. Keep your physics learning moving by checking out examples of inertia. It tells you all about why objects don’t want to stop moving.